Construction projects continue with few delays in Keller, Roanoke and north Fort Worth

Construction to reconstruct and widen the current lanes on US 377 began five years ago. (Sandra Sadek / Community Impact Newspaper)

Three major road construction projects in Roanoke, Fort Worth and Keller are progressing with few delays and within their allocated budgets. 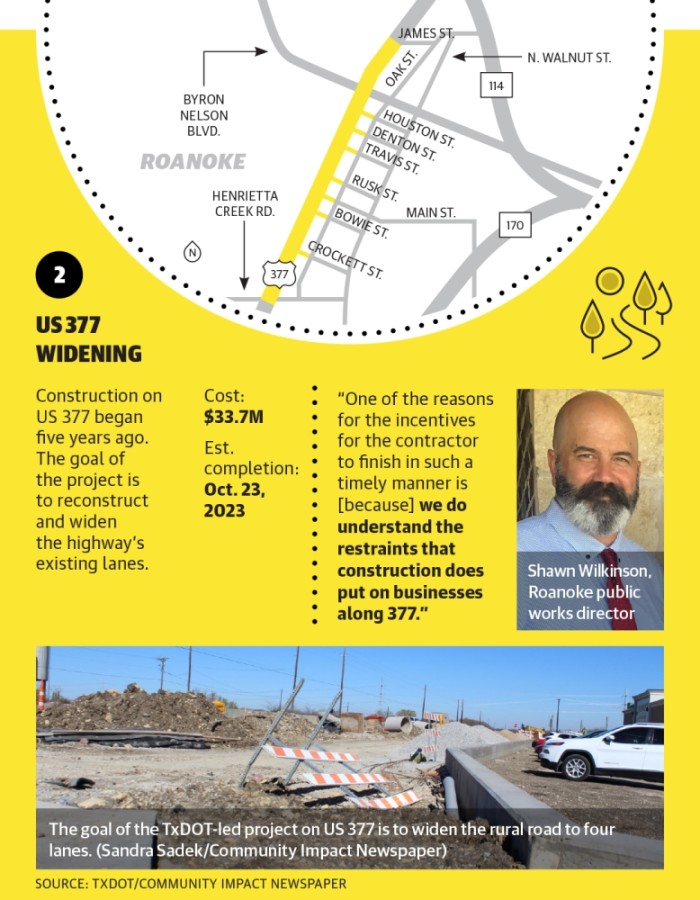 In Roanoke, US 377 expansion is currently ahead of schedule, according to Emily McCann, Texas Department of Transportation Information Officer for the Dallas District. She said the crews “probably got 40% of the contract and only used 15% of the time”.

Remaining work includes grading to level the pavement and setting up beams to complete the portion of US 377 that goes beyond Business 114.

According to McCann, landscaping work and a railroad bridge rebuilding are ongoing to accommodate the new breadth of Business 114. The project is expected to be completed by the end of 2023.

Nearby companies already affected by COVID-19 will be considered by TxDOT and the city.

Shawn Wilkinson, director of public works at Roanoke, said that was the reason why incentives were created. For design updates, visit www.roanoketexas.com/civicalerts online. 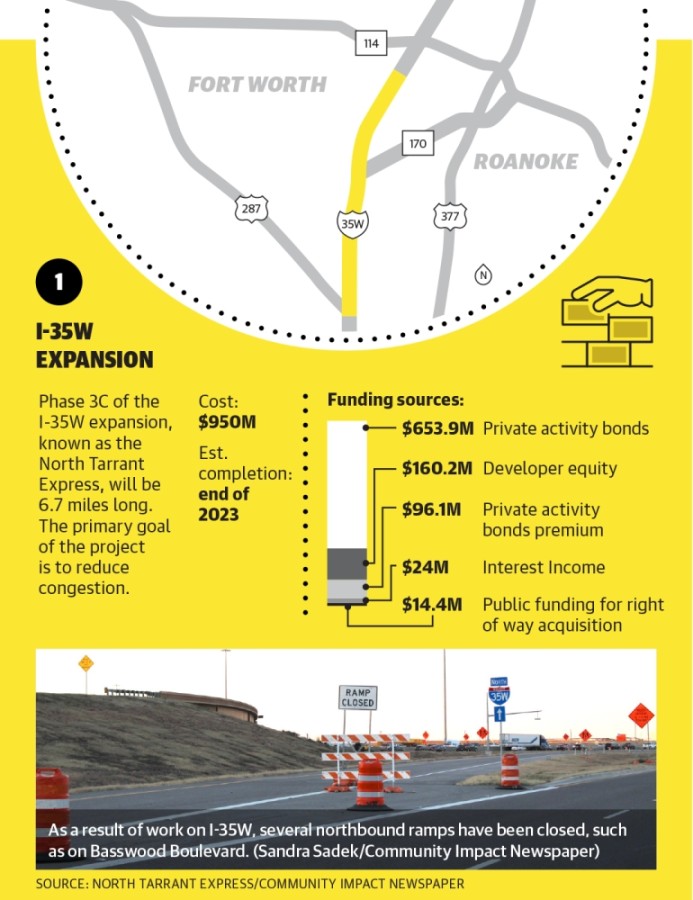 One of the largest ongoing projects in Fort Worth is the expansion of the I-35W. The project will reconstruct the four-lane highway and add two expressways to reduce congestion.

The ramps heading north on Basswood Boulevard and Westport Parkway are currently closed, said Tommy Williamson, public relations manager for North Tarrant Infrastructure, the company overseeing the construction. Williamson said he expected both ramps to reopen within the next month. For a full list of current lane closures, see the NTI website at www.northtarrantexpress.com/laneclosuresnew.asp.

Williamson said the project remains on schedule and is expected to be essentially complete by 2023. 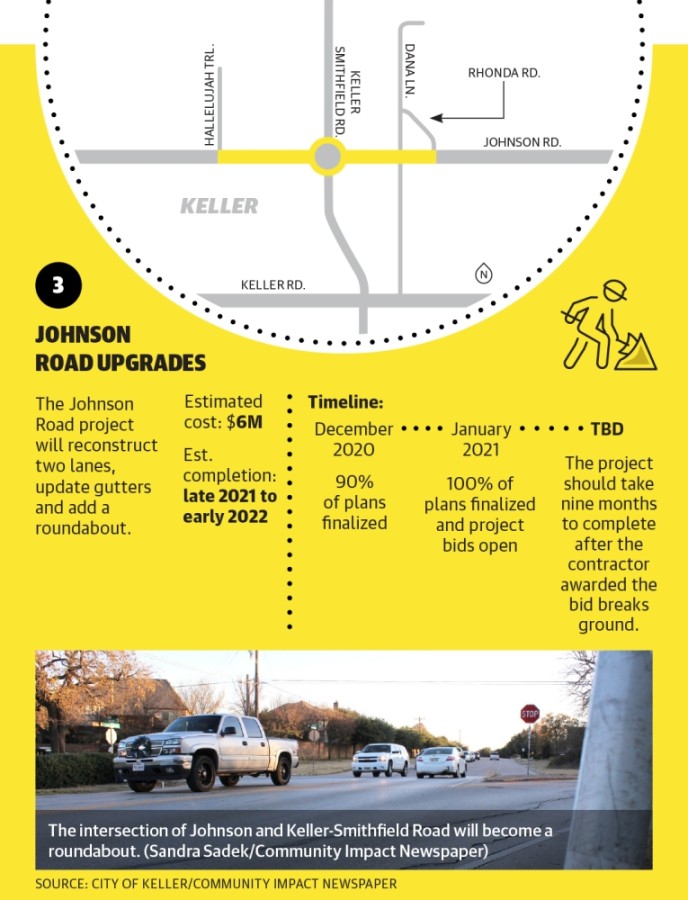 In basement, residents can expect the crews to lay the foundation stone on Johnson Road by spring 2021. The project focuses on the reconstruction of two existing lanes with upgrades of the curb and gutter. It will also turn the intersection at Johnson and Keller-Smithfield Roads into a roundabout with drainage and water supply improvements.

Alonzo Liñán, director of public works at Keller, said the city expects the plans to be completed by early January 2021 and will be accepting bids later this month.

“We’re still on it [track to begin] Build in March, however […] 95% of that depends on the contractor who awarded the project, ”he said.

2020 Senior Living Guide: Demographics in Keller, Roanoke and Fort Worth