At Zoli’s, the new pizza company of Cane Rosso founder Jay Jerrier, the lines have fallen silent a bit. The restaurant opened to large fans in a barrel-vaulted building on Hulen Street late last fall. Now that you can get a reservation before 8pm on a weekend, it may be time to try a piece. Options are available in either the round New York style or the fluffy Detroit style square.

Our informative server suggested starting with the Baked Spinach Dip ($ 11). A mixture of Fontina cheese, chopped artichoke hearts, and spinach bubbled hot in a small cast iron pan surrounded by tortilla chips, while a spoonful of Italian giardiniera (pickled peppers and chopped vegetables like carrots and cauliflower) added a little flavor and flavor. The bathroom was unfortunately a bit threadbare, boring and not unforgettable.

We first ordered the Meat Fight Pizza ($ 19 for a round, $ 21 for a square). This one has an unusual sesame crust that I liked and that added a little nuttiness to the batter. The cake is topped with brisket cubes containing Holy Cow Rub from Meat Church BBQ in Waxahachie, as well as caramelized onions and pepperoni slices.

Under the cheese on the Meat Fight pizza was a blazing hot jalapeño smear. We got through the first pane – our eyes were watering – but couldn’t taste anything afterwards. Not the onions, not the brisket, not even our own lips. Jalapeños are a capricious pepper; Some are mild and others will make you shine. We sent the pizza back and drank a glass of water to clear our taste buds and waited for its replacement.

The Fat Staxx ($ 17 round, $ 19 square) arrived quickly, topped with a few flavorful elements like hot peppers, ricotta with hot cherry pepper, and a dash of habanero honey (along with mushrooms), but it was graciously mild. The sauceless pizza had mounds of fluffy ricotta, and the addition of sweet honey made a few bites excellent.

Not that dessert was required, but it’s my job, so I went for the pistachio cannoli ($ 9). The dessert comes in threes to order and is very divisible and rests in a well-executed blackberry bourbon compote. The cannolis, both ends of which were dipped in pistachios, were filled with standard crispy shells that may not have been homemade. The mascarpone cheese filling wasn’t overly sweet, but it had an interesting lemony flavor.

What we liked: The cannolis were good, and being able to have a soft serve from the cow tipping creamery next door and hang out on the back lawn is a nice addition to the neighborhood.

What we didn’t do: The Meat Fight Pizza had an overwhelming touch of jalapeño on the night we visited – which numbed our taste buds.

recommendations: If you can plan ahead, make a reservation. We strolled straight to our table at 7pm on a Friday night. 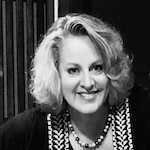 Courtney Dabney has been reporting on Tarrant County news, particularly the food and beverage scene, for the last 15 years. As a regular contributor and columnist on many local publications, she was our own food critic for most of the time.